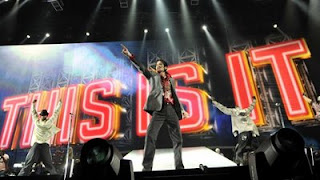 Service will take place at the Staples Center in Los Angeles.


LOS ANGELES — Organizers and representatives for the Jackson family have confirmed memorial services for Michael Jackson will take place Tuesday (July 7) inside the Staples Center. The announcement ended days of speculation about how the King of Pop would be memorialized.

Fans will be able to attend after registering for free tickets at StaplesCenter.com beginning Friday morning, and registration will run until Saturday evening at 6 p.m. On Sunday fans will be notified and receive information on how to pick up tickets on Monday. The registration process is elaborate and has caused the site to crash once already — but the Jackson family insisted on a process that was democratic and fair, taking into consideration the many fans expected to arrive in Los Angeles for the memorial.

"It was our wish to allow as many of Michael's fans to be a part of the memorial, and we wish to thank everyone for their support and understanding at this difficult time," the Jackson family said in a statement.

Only 17,500 tickets will be given away, with 11,000 entrants able to go inside the arena and the remaining 6,500 ushered just across the street to the Nokia Theater where the proceedings will be simulcast. There are no guarantees for fans who register online and only 8,750 people will be selected randomly by a computer-generated program. Each selected fan will receive two tickets and two wristbands.

No further details regarding the service were announced. At a press conference held outside of the Staples Center, Jackson family representative Ken Sunshine said the plans are still being developed. Sunshine said he hopes the ticket process is handed with "dignity" and that tickets not be resold or counterfeited.

L.A. city councilwoman Jan Perry said the city's budget anticipates extraordinary circumstances and will pay for police protection on site. Perry asked interested donors to contact her if they wish to support other anticipated costs. She and a police spokesperson on hand urged fans to not attend the venue without a ticket.

Both parties said should fans not secure tickets, the best place to view the service is from home. Organizers stressed that the services would not be broadcast live outside the venue as previously reported, and again urged fans without tickets to stay away from the area on Tuesday.

MTV, VH1 and VH1 Classic will be airing the Michael Jackson memorial service live beginning at 1 p.m. ET on Tuesday.
Posted by Rap Phenomenon® at 6:15 PM