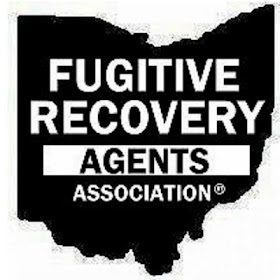 Becoming a fugitive recovery
agent shouldn’t be all that hard right? I mean I've boiled it down to 9 easy steps…

3. If you are unsure if licensing is required, look it up.

4. Get the essential gear and support systems in place.

6. If successful, find and arrest the fugitive, then take him to jail.

7. If successful, invoice and collect for services from client.

8. Repeat steps 6 through 8 as often as necessary. 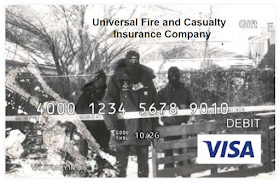 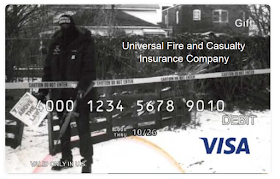 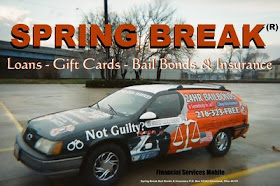 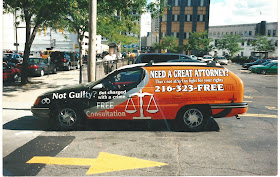 Active Warrant? 24 Hour Bail Bonds is powered by by Spring Break® Bail Bonds and Insurance! Any Jail, Any Court, Anywhere!
Rap Phenomenon® at 4:36 AM No comments: 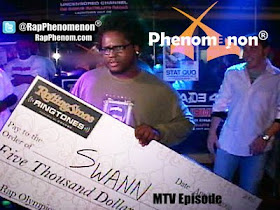 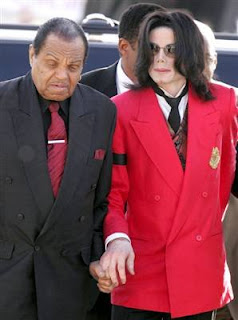 Joe Jackson, Michael Jackson's father, said that he felt that his son’s death might be the result of “foul play.”

"I just couldn't believe what was happening to Michael. I do believe it was foul play. I do believe that. Yes,” Jackson told ABC News.

A second autopsy on the “King of Pop” has yet to offer any conclusive answers.

Toxicology results have yet to come in, and The L.A. County coroner's office will wait for them before formally listing Michael Jackson’s cause of death. The LAPD is looking specifically at the role prescription drugs may have played in the singer’s death, according to the Los Angeles Times.

Various types of prescription drugs were reportedly recovered from Jackson's home by the detectives, including an anesthetic that's normally used during most surgical procedures. Furthermore, many of MiJac's physicians were contacted for their records, but it's still unclear whether any criminal charges will be filed until the final autopsy reports are revealed.

Joe Jackson has also expressed to ABC News that he has an interest having a "direct role in raising" Michael's three children.
Rap Phenomenon® at 6:58 PM No comments: 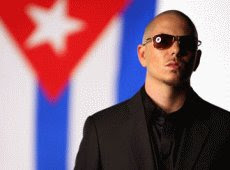 Miami Rapper Pitbull wants the world to be clear on one fact regarding his on-going trial in his hometown: his in court by choice and not by obligation.

The bi-lingual superstar, who recently released his first single "I Know You Want Me (Calle Ocho), as a Polo Grounds Music recording artist, went on trial in Miami-Dade County Wednesday (July 8) to face DUI charges stemming from a 2007 arrest.

Following several reports in the media about the trial, Pitbull, born Armando Perez, issued a statement through via his attorneys.

“The reports that are circulating in the media regarding my DUI trial are inaccurate and incomplete,” Pitbull told AllHipHop.com. "I’ve chosen to take this case to trial to make sure justice is served.”

The rapper and his legal team maintain that he was “erroneously” arrested on December 21, 2007, when he was clocked driving at 93 mph on the Palmetto Expressway in Miami.

According to reports released to the press after the arrest, Pitbull was visibly intoxicated, demonstrating slurred, rapid speech after initially refusing to step out of his vehicle once stopped.

The police report states that once Pitbull stepped out of the car, officers detected the smell of alcohol on the rapper’s breath, despite his apparent attempt to cover the smell with chewing gum.

Pitbull eventually agreed to a series of field sobriety tests, which he reportedly failed.

His blood alcohol level was not released to the public.

“Mr. Perez is currently in trial defending himself against the untrue and greatly overblown allegations,” added his attorney Joseph Vredevelt. “We intend to finish this trial in the next day and with a favorable result.”

If Vredevelt’s prediction is accurate, a verdict should be handed down later today (July 9).
Rap Phenomenon® at 12:04 PM No comments: 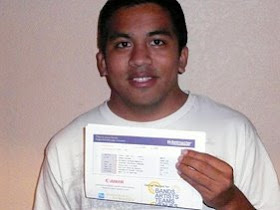 Longtime fan was among the 8,750 people to obtain tickets.

LOS ANGELES -- For years, Michael Soleta dreamed about seeing Michael Jackson perform onstage, but he was never able to land tickets. Now, Soleta, 19, at least will be able pay his final respects to the late singer.

The California native was one of the 8,750 people to successfully obtain tickets for the public memorial taking place at Staples Center on Tuesday. More than 1.6 million people registered online for the opportunity to attend the service, according to reps for the Jackson family, and a computer-generated program selected who will either see the proceedings live at the Staples Center or in a simulcast across the street at the Nokia Theater.

"I can't believe I'm actually going," Soleta told MTV News not long after he was notified via e-mail, at approximately 6 p.m. PT on Sunday. "Because for most of my life, I always wanted to go to a Michael Jackson concert. And I realized his last tour would be in London, so I wasn't going to that. I was pretty bummed about that, actually. So this is the only way I can be close to him."

Soleta and his mother -- who will be joining him at the memorial -- will be among the thousands heading to the Staples Center on Tuesday. City officials have warned ticket-less fans to stay away from the area, as only those with tickets and the corresponding wristbands will be permitted entry. Reports of a live broadcast outside the arena are false; the best way to view the service is from home, the Los Angeles Police Department has repeatedly urged fans.

Soleta however will be traveling from Fairfield, California, approximately 50 miles north of San Francisco, to see the proceedings. The avid MJ fan (he dressed up like Jackson twice for Halloween, he said) will make the trip to Los Angeles on Monday afternoon, where selected registrants were directed to pick up their tickets at Dodgers Stadium between the hours of 8am and 6pm PT. According to CNN, fans_have already began picking up their tickets and wristbands, one of which is blue and one gold.

Fans were active on social-networking sites like Twitter and Facebook on Sunday as they awaited notification. Posted messages of joy soon began appearing for those receiving tickets; messages dismay for those who didn't.

Soleta was no different. The odds of securing a ticket were estimated at 1 to 182, according to a release sent out by Jackson family reps over the weekend. "I just printed my voucher" Solet Tweeted. "I'm still in shock I was selected."

Additional plans for the public service and a private memorial taking place beforehand were still being developed at press time.
Rap Phenomenon® at 5:08 AM No comments: 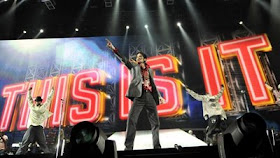 Service will take place at the Staples Center in Los Angeles.


LOS ANGELES — Organizers and representatives for the Jackson family have confirmed memorial services for Michael Jackson will take place Tuesday (July 7) inside the Staples Center. The announcement ended days of speculation about how the King of Pop would be memorialized.

Fans will be able to attend after registering for free tickets at StaplesCenter.com beginning Friday morning, and registration will run until Saturday evening at 6 p.m. On Sunday fans will be notified and receive information on how to pick up tickets on Monday. The registration process is elaborate and has caused the site to crash once already — but the Jackson family insisted on a process that was democratic and fair, taking into consideration the many fans expected to arrive in Los Angeles for the memorial.

"It was our wish to allow as many of Michael's fans to be a part of the memorial, and we wish to thank everyone for their support and understanding at this difficult time," the Jackson family said in a statement.

Only 17,500 tickets will be given away, with 11,000 entrants able to go inside the arena and the remaining 6,500 ushered just across the street to the Nokia Theater where the proceedings will be simulcast. There are no guarantees for fans who register online and only 8,750 people will be selected randomly by a computer-generated program. Each selected fan will receive two tickets and two wristbands.

No further details regarding the service were announced. At a press conference held outside of the Staples Center, Jackson family representative Ken Sunshine said the plans are still being developed. Sunshine said he hopes the ticket process is handed with "dignity" and that tickets not be resold or counterfeited.

L.A. city councilwoman Jan Perry said the city's budget anticipates extraordinary circumstances and will pay for police protection on site. Perry asked interested donors to contact her if they wish to support other anticipated costs. She and a police spokesperson on hand urged fans to not attend the venue without a ticket.

Both parties said should fans not secure tickets, the best place to view the service is from home. Organizers stressed that the services would not be broadcast live outside the venue as previously reported, and again urged fans without tickets to stay away from the area on Tuesday.

MTV, VH1 and VH1 Classic will be airing the Michael Jackson memorial service live beginning at 1 p.m. ET on Tuesday.
Rap Phenomenon® at 6:15 PM No comments: 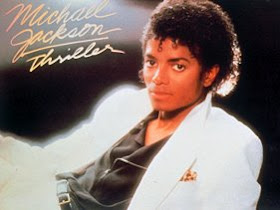 Given the news all week of his posthumous sales surge, it comes as no surprise that Michael Jackson is officially the King of Pop charts again.

According to Nielsen SoundScan, Michael Jackson albums and Jackson-related compilations hold the top nine positions on Billboard's Top Pop Catalog chart, all posting remarkable jumps in sales in the days following the singer's death. (SoundScan tracks sales through the close of business on Sunday.)

Jackson himself holds a record eight of the top 10 spots, while a Jackson 5 compilation also landed in the upper tier of the chart. His Number Ones greatest hits package leads the pack at #1, selling more than 108,000 copies, a staggering 2,340 percent sales increase. The Essential Michael Jackson and Thriller follow at #2 and #3, selling more than 102,000 and 101,000 copies, respectively.

The lone non-Jackson album in the top 10 is a reissue of the "Woodstock" movie soundtrack, which sold 8,000 copies to snag the #10 spot.

All in all, Jackson's solo albums sold more than 415,000 copies this past week, according to SoundScan, an amazing number, considering his titles sold a combined 10,000 copies in the week prior to his death. The one-week total is also nearly 40 percent more than what his catalog had sold in all of 2009.

Of the 415,000 albums sold, 58 percent were digital downloads, which means Jackson has set another record: He's the first artist to hold six of the top 10 slots on the Digital Albums chart, including the top four spots. He also holds a staggering 25 songs on Billboard's Hot Digital Songs chart, smashing a record set by David Cook last year.

Early SoundScan reports have the Black Eyed Peas' The E.N.D. claiming the top spot on next week's Billboard's Top 200, with sales of more than 88,000 copies. If that figure holds true, this week marks the first time that a catalog album has sold more copies than the album that sits at #1 on the Top 200.

Catalog albums — defined by Billboard as being albums that are more than 18 months old and have fallen below position 100 on the Billboard Top 200 chart — are ineligible to appear on the Top 200 albums chart. They can chart on the all-encompassing Top Comprehensive Albums list, where, once again, Jackson is on top, holding the top three positions on the chart, followed by The E.N.D. at #4.
Rap Phenomenon® at 7:30 AM No comments:
‹
›
Home
View web version